Blizzard's latest hit game Diablo III is quite interesting. The first act gives many nods to the original Diablo, from the events of the Fall of Tristram, to the characters involved - King Leoric and the Archbishop Lazarus - even to some of the monsters, such as the Butcher, which could be found in the original Diablo on labyrinth level 2. One of the earliest quests in the game has you saving Deckard Cain, yet again, from demons, in the catacombs underneath the Tristram Cathedral. No, he doesn't reprise his role as your item identifier, as the only items requiring identification are those of rare quality or higher, and you can identify items yourself for free, so long as you perform identification someplace where you won't be disturbed for five seconds. Town portals are the same.

There's a new lineup of classes, of course, with the only one held over from Diablo II being the Barbarian. There's also the Monk from the original; all classes can be played as either male or female. Your stash, as opposed to being per-character, is now global (transferring items between characters is as simple as putting it in the stash, and then switching over.) So far, I've a Barbarian and a Demon Hunter (roughly equivalent to the Amazon in Diablo II.) Only one class (the Witch Doctor) has Mana; the other classes have class-specific energy reserves which are replenished or charged up in similar ways. At that, there's also no longer Mana Potions.

Health potions have a cooldown rate - after using one, you're locked from using another for some 30 seconds or so. That's not always a problem, as many monsters drop health orbs, which instantly give you and your mercenary health as they are picked up. Also, health orbs and gold need not be clicked - simply run over either, and your character picks it up. (Imagine how useful that would have been in Diablo II, say, in the Forgotten Tower?)

There's a few things to be disliked. One, you must register your CD-Key with you Battle.net account, making it pretty much impossible to give the game away afterwards. Two, there is NO offline mode. You must be constantly connected to the Internet to play at all. Adding friends is a two-way process, like on Facebook, and friends can hop into your games at any time - if you want to go solo, they can interrupt and there's not anything you can do about it, aside from leaving the game. The lack of an offline mode is real simple: It's meant to protect the Real Money Auction House, where in-game items can be bought and sold with *gasp*, you guessed it, real money!

That pretty much summarizes my thoughts. So here's some screenshots of the game, some of which were intended to be used to report bugs to Blizzard. Enjoy!
Note: Click on a screenshot to see it in larger detail. 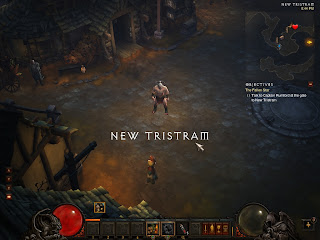 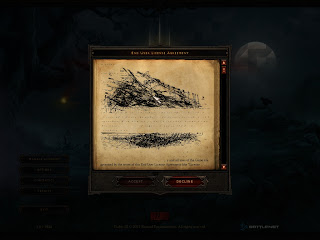 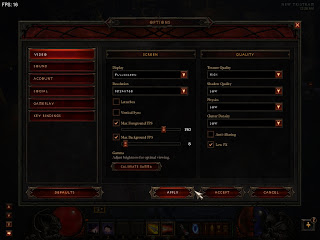 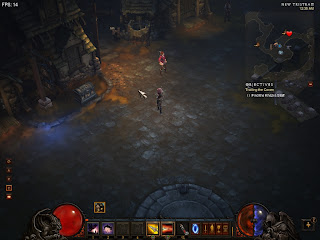 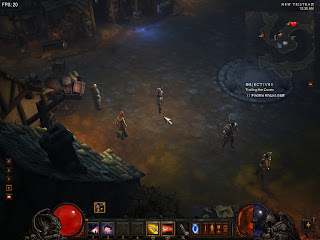 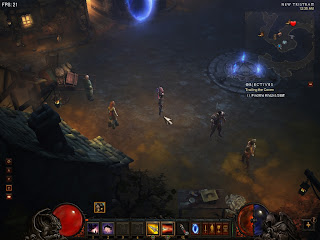 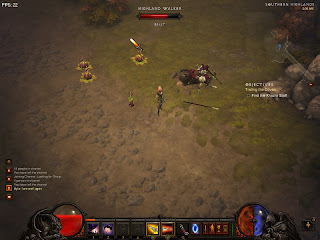 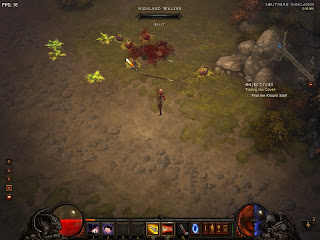 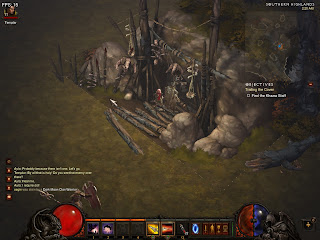 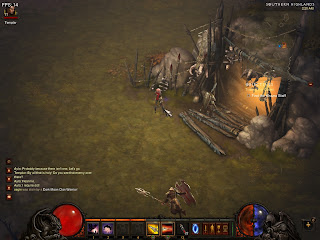 Posted by Unknown at 1:07 AM No comments:

So, let's get down to business.

First, click the downward pointing arrow on the right-hand side of the blue bar at the top of any Facebook page. It will drop down a menu. Select the "Account Settings" option under the menu: 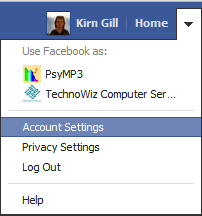 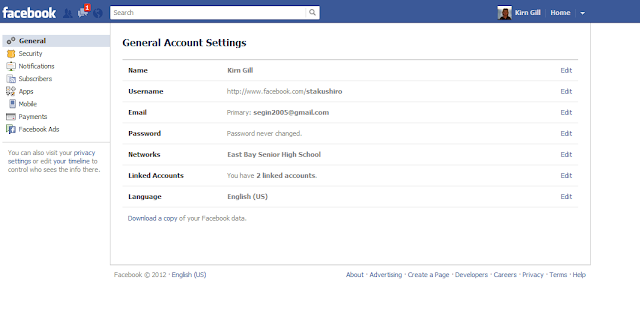 Afterwards, enter your desired username into the "Username:" box. Please note that you only get to change it once afterwards. When done, click on the "Save Changes" button. Note that the button will be greyed out until you actually enter (or make a change) your username in the "Username:" box. This is to prevent you from losing your chance to change it later by accidentally clicking on Save Changes when you haven't made any changes yet. (Click the image for a larger view): 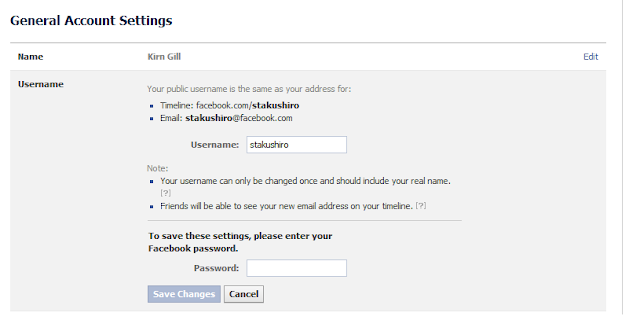 After that, you should be set! To try it out, go to http://facebook.com/username where username is the Facebook Username that you selected in your account settings.
Posted by Unknown at 7:13 PM 1 comment: