Blizzard and the iMac G3

I managed some time ago to get a iMac G3 Rev. B machine from my neighbor, who was simply going to junk the machine. I thought that was a horrid idea, so I took it off their hands.

After getting the machine, deciding what to do with it was a little tricky. It's more than a decade old. It has less than 2.5% 2010-era RAM. It's processor runs about 1.25% the speed of a modern processor. And I don't mean processor clock speed. Let me explain this:

The machine, when I got it, only had one upgrade from stock. It had an additional 32MB RAM card installed, which I replaced with a 256MB PC133 card. too bad only 128MB is detected, leading to a current usable total of 160MB. The machine is meant for PC66 RAM, which may explain the partial RAM incompatibility.

Now, I tried to install Mac OS X 10.1 a few months ago. As I had lost my Diablo II CDs, I instead gave Blizzard my CD-Key to enable digital downloads for that title. After downloading the D2 netinstall for Mac, I was prompted by the Installer to run 10.2. Ok, no big deal.

Wait a few months, decide to try again, and now I find out that Blizzard updated their netinstalls for their digital downloads. Now, the bare minimum is 10.3.9 (as their installer depends on libstdc++.6.dylib). The games themselves likely have much lower requirements, but the installer went from minimum of 10.2 to 10.3.9 in just a few months.

According to this article on Low End Mac, I should stick to Mac OS X 10.2.8 (what I have now). But this means no Blizzard games! I can easily pirate the game .iso discs, but I want to try to do this 100% legal.

So, a couple of days ago, I received an invite to the StarCraft II Beta. I thought the whole thing might be fake, but the email said that I would have StarCraft II on my Battle.net page. 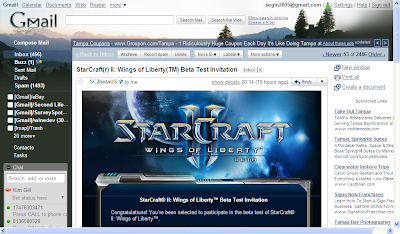 So, I go to check my Battle.net account, and sure enough, I'm invited.
Posted by Unknown at 12:39 PM No comments:

I was recently sorting amongst some materials in my home, and I came across this coin: A 1943 Walking Liberty silver half-dollar.

For your enjoyment, here are some high-res scans. 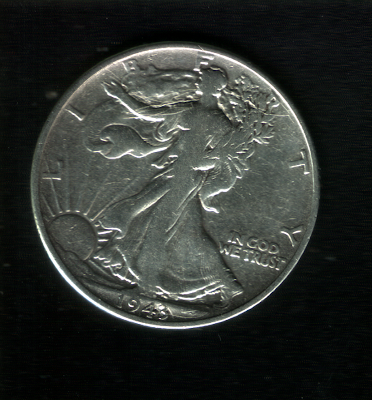 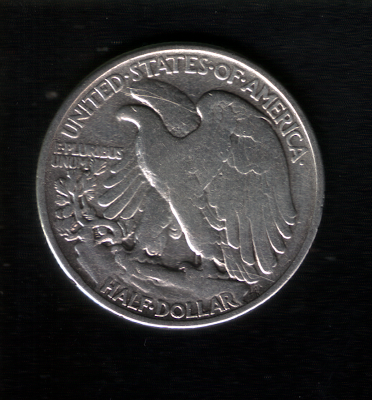